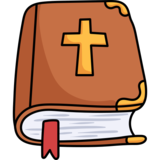 This app requires a payment that is managed by the developer in-app.
Share the link

Memorise bible verses about the Bible.

The servants of Christ were to prepare no set speech to present when brought to trial. Their preparation was to be made day by day in treasuring up the precious truths of God's Word, and through prayer strengthening their faith. When they were brought into trial, the Holy Spirit would bring to their remembrance the very truths that would be needed.

A daily, earnest striving to know God, and Jesus Christ, whom He has sent, would bring power and efficiency to the soul. The knowledge obtained by diligent searching of the Scriptures would be flashed into the memory at the right time. But if any had neglected to acquaint themselves with the words of Christ, if they had never tested the power of His grace in trial, they could not expect that the Holy Spirit would bring His words to their remembrance. They were to serve God daily with undivided affection, and then trust Him.

So bitter would be the enmity to the gospel that even the tenderest earthly ties would be disregarded. The disciples of Christ would be betrayed to death by the members of their own households.... But He bade them not to expose themselves unnecessarily to persecution. He Himself often left one field of labor for another, in order to escape from those who were seeking His life. When He was rejected at Nazareth, and His own townsmen tried to kill Him, He went down to Capernaum, and there the people were astonished at His teaching, “for his word was with power” (Luke 4:32). So His servants were not to be discouraged by persecution, but to seek a place where they could still labor for the salvation of souls.

The servant is not above his master. The Prince of heaven was called Beelzebub, and His disciples will be misrepresented in like manner. But whatever the danger, Christ's followers must avow their principles. They should scorn concealment. They cannot remain uncommitted until assured of safety in confessing the truth. They are set as watchmen, to warn men and women of their peril. The truth received from Christ must be imparted to all, freely and openly.

- Each passage includes a short explanation

- Tap on the bottom left to view the previous passage

- Tap on the bottom right to view the next passage

- Scroll down to read a short explanation of the verse

- Tap on the bible verse to make the text bigger. (The text will change to a smaller size after it reaches the maximum font size)

- Tap on the time/date to toggle between displaying current time and date.