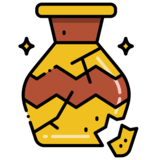 Read, Meditate, Memorise Bible verses from David's Psalm 51, a prayer asking God to restore his relationship with the Lord, on your watch.

King David committed murder and adultery with Bathsheba. Months later, Nathan the prophet pointed out his sin and he felt convicted. Then he wrote Psalm 51 as a heart felt prayer to God to ask for forgiveness and restore his relationship with the Lord.

From it we may learn what course to follow if we have departed from the Lord. To the king of Israel, exalted and honored, the Lord sent a message of reproof by His prophet. David confessed his sin and humbled his heart, declaring God to be just in all His dealings

Sin is sin, whether committed by one sitting on a throne, or by one in the humbler walks of life. The day is coming when all who have committed sin will make confession, even though it is too late for them to receive pardon. God waits long for the sinner to repent. He manifests a wonderful forbearance. But He must at last call the transgressor of His law to account.

A man incurs guilt by injuring a fellow-being, but his chief guilt is the sin that he has committed against the Lord, and the evil influence of his example upon others.

- 19 Bible passages from the King James Version Bible which cover's the whole chapter of Psalm 51.