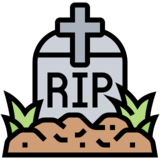 Read, Meditate, Memorise bible verses about the afterlife on your watch.

The doctrine of man's consciousness in death, especially the belief that spirits of the dead return to minister to the living, has prepared the way for modern spiritualism. If the dead are admitted to the presence of God and holy angels, and privileged with knowledge far exceeding what they before possessed, why should they not return to the earth to enlighten and instruct the living? If, as taught by popular theologians, spirits of the dead are hovering about their friends on earth, why should they not be permitted to communicate with them, to warn them against evil, or to comfort them in sorrow? How can those who believe in man's consciousness in death reject what comes to them as divine light communicated by glorified spirits? Here is a channel regarded as sacred, through which Satan works for the accomplishment of his purposes. The fallen angels who do his bidding appear as messengers from the spirit world. While professing to bring the living into communication with the dead, the prince of evil exercises his bewitching influence upon their minds.

- 19 Bible passages from the King James Version Bible about the afterlife.

- Each passage includes a short explanation in yellow font which appears at the bottom of each passage.